The judges of Israel (as described in the biblical book of Judges) had not only judicial functions; they were the leaders of the people. Their leadership can be described as a charismatic leadership: Firstly, they became leaders just by their God-given charisma and military success, not by any institutional mechanism, such as public vote, dynastical succession etc. Secondly, the judges ruled without any institutional basis, they had no capital city, no palace, no bureaucracy or public administration, no tax system, no standing army and no privileges as leaders. They gained their military victories by general draft of all Israelites (usually poorly armed) and very often by the terror of God, which overwhelmed their enemies as some kind of communal frenzy. Thus the power of God was very directly felt by the Israelites, which made them turn back to Yahweh, their God, whom they had forsaken. That is why George Pixley categorizes the reign of the judges as a theocracy or even as the Kingdom of God. But whenever a judge died, there was no mechanism of succession, which usually lead to a political and religious crisis after the death of most judges. Therefore the Israelites finally opted for monarchy as a more steady and institutionalized form of leadership, with a clear dynastical mechanism of succession, a professional army and professional public administration. The Israelites paid the price for this stable leadership in the form of taxes, forced labour and partly loss of their freedom. This article compares the leadership of judges as a model of charismatic leadership and the monarchy as a model of the institutionalized form of leadership.

Most read articles by the same author(s)

Obs.: This plugin requires at least one statistics/report plugin to be enabled. If your statistics plugins provide more than one metric then please also select a main metric on the admin's site settings page and/or on the journal manager's settings pages. 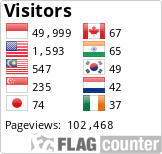